Robotic dog participates in a police deployment in New York

Mexico First? Riot police face off with protesters against US-bound invaders in Tijuana

Tijuana residents have staged a rally against migrants gathering in the Mexican border city in hopes of crossing to the US. Donald Trump supported their outrage, saying even his country is ill-prepared to survive such an invasion. 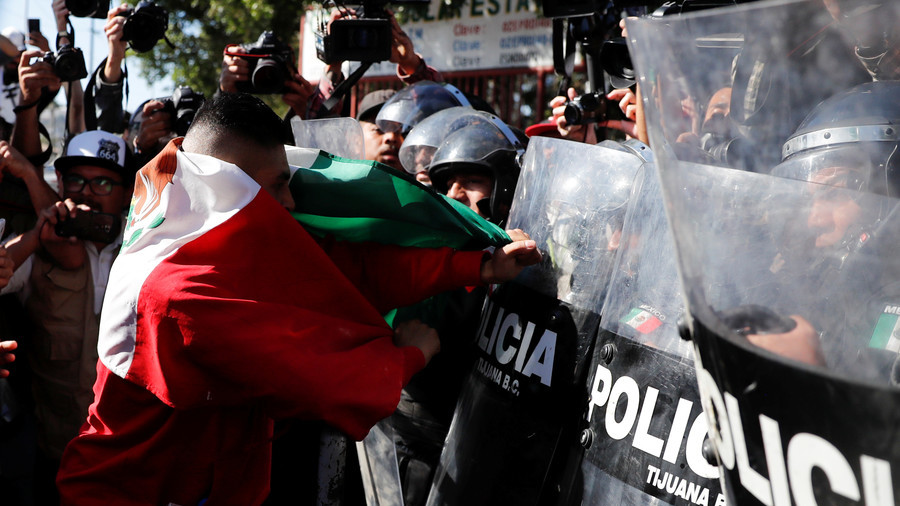