Tyson Fury has added experience and expertise to his corner team for his upcoming title challenge against Deontay Wilder. 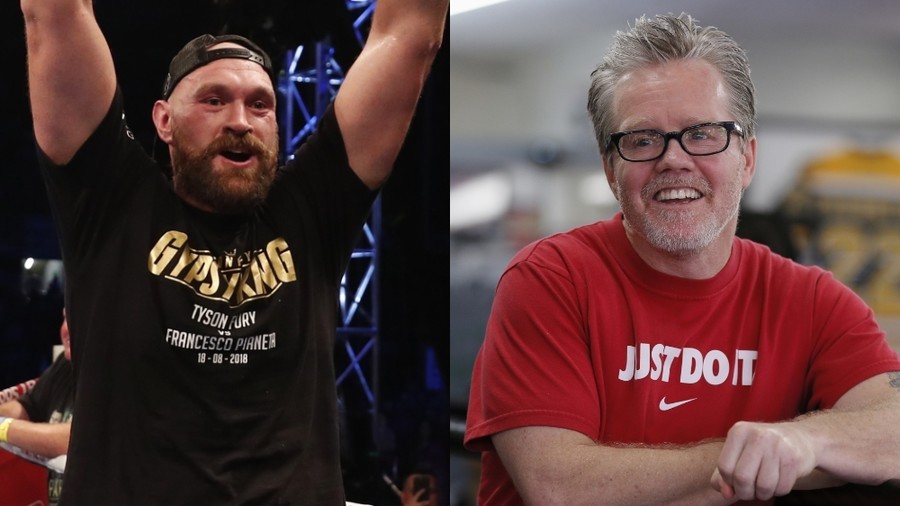 Former world heavyweight champion Fury is scheduled to take on Wilder on December 1 as he challenges the undefeated American for his WBC heavyweight world title.

And the British star has enlisted the help of legendary coach Roach, who will join his team as an adviser and cut man.

Fury moved his training camp from Big Bear in California to Roach's Wild Card Gym in Hollywood, where he will make his final preparations to face Wilder, who has knocked out 39 of his 40 victims in his professional career.

Fury is looking to return to the top after a spell away from the sport. He defeated Wladimir Klitschko in November 2015 to capture the WBA, IBF, WBO, IBO and The Ring heavyweight titles.

But he was stripped of the IBF title just 10 days after his decision victory over the Ukrainian due to the rematch clause in his contract preventing him from challenging the sanctioning body's chosen contender, Vyacheslav Glazkov.

And after assisting Fury's coach Ben Davison and working the mitts with the former champion inside the ring, Roach told SI.com the Brit has the skillset to topple the undefeated American on December 1.